The Natural Wonder of the Grand Canyon 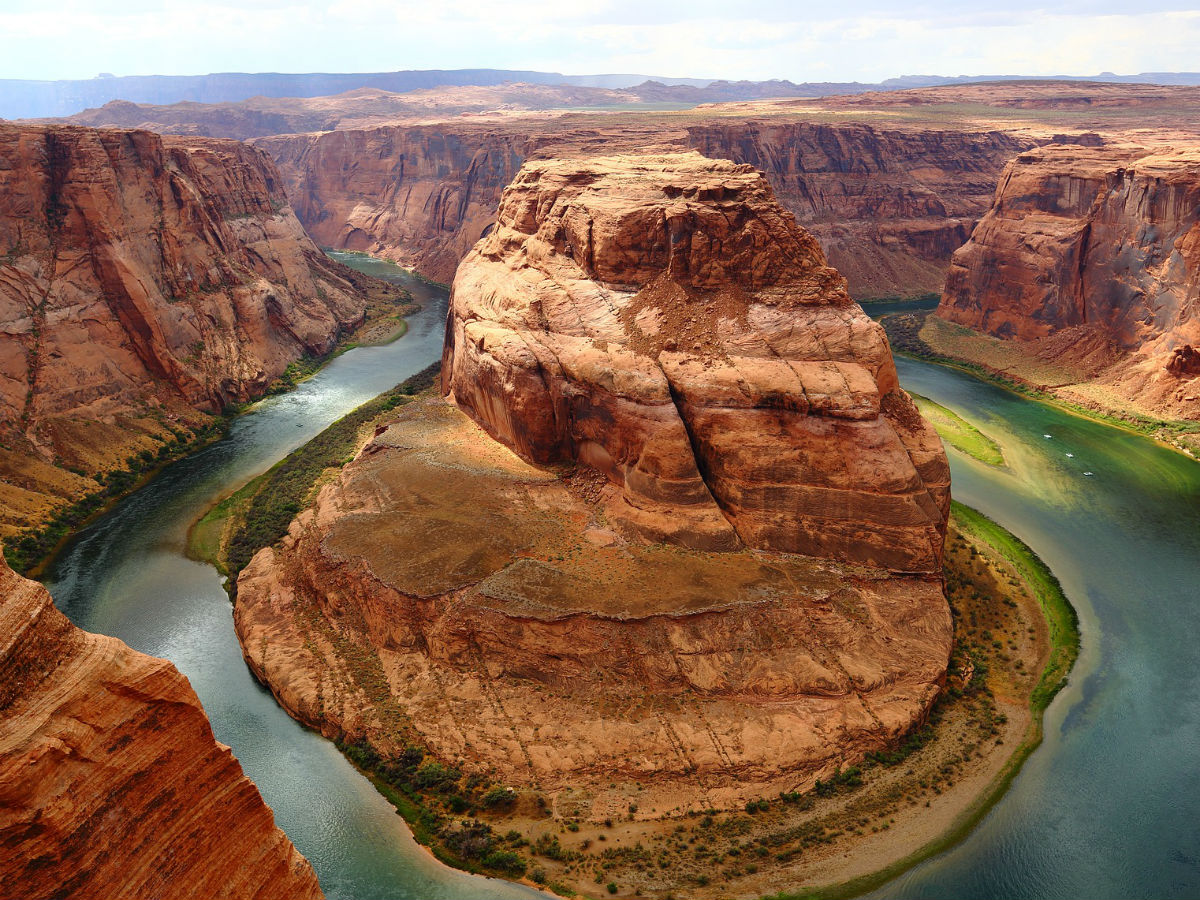 The Grand Canyon is a natural wonder, marked by layered bands of red rock that reveal millions of years of geological history. It is ten miles across, one mile deep and stretches for 277 miles. Much of the Canyon is national park, and the park’s trails offer scenic vistas and white-water rapids. While you are exploring the Grand Canyon, don’t forget to look up and get a bird’s eye view of the canyon’s layered bands.

The geologic history of the Grand Canyon is largely defined by its rock layers. These layers are differentiated by their color and reflect different types of floods that deposited them. The layers are also characterized by fossils, most of which are small animals found in the ancient sea. Red iron is also found in the layers. This information helps scientists understand the formation of the canyon and how it has changed over time. However, geologists have yet to fully explain how these layers came to be.

The earliest known human encounters with the Grand Canyon occurred around 12,000 years ago. After these earliest Americans started spreading throughout the American continent, Spanish explorers began passing through the Grand Canyon. In 1869, John Wesley Powell led a team of nine men on an unprecedented boating expedition down the Colorado River. Powell became the head of the US Geological Survey and contributed to the recognition of the Grand Canyon as an extraordinary natural wonder and national icon.

The Grand Canyon was carved by a series of layers of rock about two billion years ago. These layers were deposited in layers that are up to 300 feet thick. These rocks were deposited over a relatively shallow ocean and were eroded down. The most recent lava flow to the bottom of the Grand Canyon was probably about 100,000 years ago. Geologists use a stratigraphic column to study the rock layers in the canyon, identifying the oldest layers on the bottom and the youngest at the top.

The Grand Canyon is a natural formation, distinguishable by layers of red rock that reveal millions of years of geological history. It is a sweeping gorge that is two-hundred miles long and ten miles wide, with much of it protected as a national park. It is a beautiful place to visit and explore, offering sweeping vistas and white-water rapids on the Colorado River. For a unique and memorable experience, consider taking a trip to this renowned attraction.

The Grand Canyon was first depicted on a map published by the U.S. Geological Survey (USGS) in 1882. The map was so well-received that it influenced subsequent mapping, which drew on it. Today, there are several maps dedicated to the Canyon and other natural areas in the U.S. The most important is the Grand Canyon map. The map depicts the area’s topography and is based on the Powell survey.

The climate of the Grand Canyon is largely temperate, with winters being cooler than summers in the interior. The temperature in the interior gorge is similar to that of Tucson and other low-elevation desert locations in Arizona. While the overall climate of the area is dry, it receives considerable precipitation twice a year, especially during seasonal pattern shifts in the winter. During these times, the North American Monsoon, which delivers high-altitude snow and moderate rain, causes dramatic local thunderstorms.

You can also choose to hike in the Walhalla Plateau side canyon, which drains into a larger canyon. Along the trail, you will pass a small ancestral puebloan granary, and ponderosa pines dominate the northern exposures. If you don’t mind being near helicopters, this is not a trail for you. It’s a great way to see the Grand Canyon without crowds.

Another hike that’s not so easy but is worth doing is the Grandview Trail. This path was created more than a century ago by a famous Grand Canyon copper miner, Pete Barry. It’s made of hand-cobbled stones and starts off with steep switchbacks in the Kaibab limestone layer. The sheer cliff face can be daunting for some, so take caution and don’t be afraid to ask a guide.

One of the best places to see wild animals is in the canyon itself. You may see animals like the red-spotted toad soaring in the sky, or you might even spot a California condor! Depending on your location, you may even see a turkey vulture, a bird that looks similar to a condor but lacks feathers and has a red skin. Their wings are different from the condor’s, too, being black from the elbow to the tip and white on the fringe. Moreover, turkey vultures can soar high on their 6.5-foot-long wings, holding them in a “v” shape to avoid being hit by a predator.

The Western Tanager is one of the most colorful and attractive birds found in the canyon, with its bright yellow head and thorax. You may also see the Great Blue Heron, a large and graceful bird with a four-foot wing span and bluish-black feathers on its tail. If you’d like to see an owl, the Mexican spotted owl is a threatened species that resides in the rocky caverns of the canyon.

Elk, the largest of the deer in the Grand Canyon, can weigh up to 2,000 pounds and are the most common wild animal in the area. They only live in one place and form herds of hundreds of them. In addition to bison, there are elk, which are also large and nocturnal, and weigh over 600 pounds. Mountain lions are the park’s largest predators, but they rarely attack humans!

YouTube channel Vsauce created a mock-up image of the Grand Canyon to show that 7.2 billion people would barely fit in its most famous corner. Using basic maths, the video shows that an average person weighs 70 kilograms, which translates into four hundred and ninety million tons of mass. Similarly, water has a density of 1000 kg/m3, while an average human’s volume is just 0.07 m3.

As the Grand Canyon continues to be carved by natural forces, there are many things that are affected by human activity. For example, air pollution from coal-burning power plants is a major issue. Wildfires are frequent in the canyon, and tourists are often forced to evacuate quickly in case of a fire. Wildlife in the area has also been affected by noise and people. Hence, visitors must take care to minimize their impact.

Although modern humans aren’t known to have occupied the Grand Canyon, ruins and artifacts dating back more than one thousand years have been unearthed. Evidence of human habitation dates from the last Ice Age. The remains of large stone spear points indicate the presence of prehistoric humans in the canyon. Other evidence relating to early human occupation is the presence of hundreds of split-twig figurines. These figurines, which date from around 1000 BCE, are believed to have been left in caves as rituals to ensure a successful hunt.

Trails to the Colorado River

If you want to experience a bit of the canyon’s remote side, there are a few trails you can take. You can hike down to the Colorado River, where you can camp at a secluded beach. The Dox Sandstone trails climb up cliffs over the river, but these are generally away from the brushy river banks. You can even hike to a hidden overhang camp that has a composting toilet.

If you are looking for a shorter hiking route, there are several inner trails to the Colorado River. The Bright Angel and South Kaibab trails are excellent choices for those looking for an easy hike through the canyon. Both trails are easy to follow and take about an hour to hike. You will need a reservation and a permit to backcountry camp here. But the reward is worth it! You can also go on a mule ride or raft down the Colorado River.

Hiking trails to the Colorado River are located near the South Rim. Located about 12 miles west of Hermits Rest, they are moderately steep and have excellent views. Once you get to the river, however, the hike back up is difficult and takes about twice as long as the descent. There are several trailheads near the Colorado River, and a shuttle service is recommended if you are planning on hiking this route alone.

Is Machu Picchu an Astronomical Observatory?